0
SHARES
73
VIEWS
Share on FacebookShare on TwitterShareShare on Whatsapp

Police in Paris have arrested nearly 200 masked demonstrators who smashed shop windows and torched cars during annual May Day protests.

Police said about 1,200 masked and hooded protesters attended the annual 1 May demonstration by labour unions.

Four people, including a police officer, were lightly wounded. 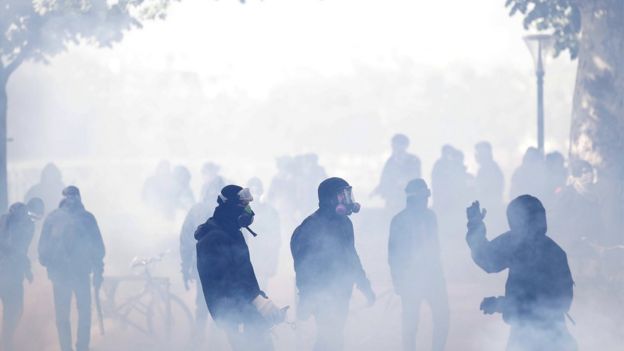 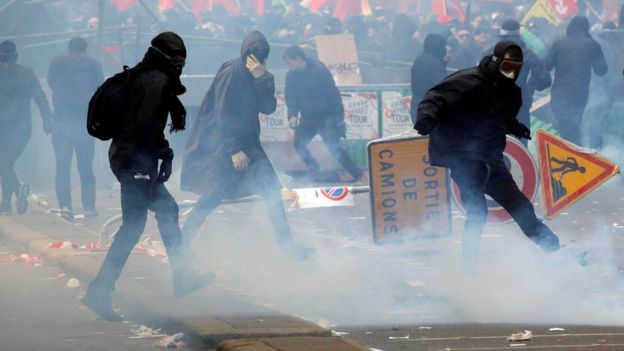 The protesters were swamped with teargas and sprayed with a water cannon in an effort to disperse them.

The black-clad protesters attempted to hold up the demonstration march, before smashing shop windows along the route and torching a McDonald’s near Austerlitz station.

Various vehicles and a car dealership were also set ablaze, and graffiti was scrawled on walls. 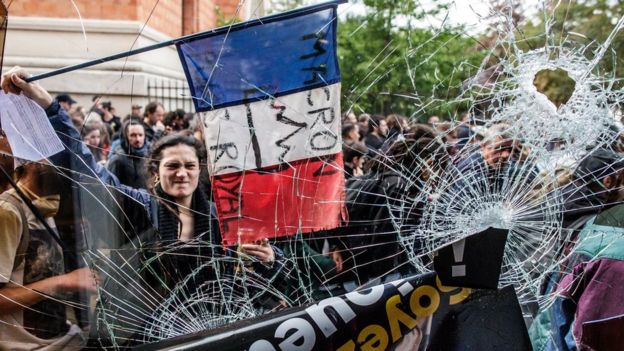 “When you have sincere convictions, you demonstrate with your face unmasked,” he said. “Those who wear hoods are the enemies of democracy.” 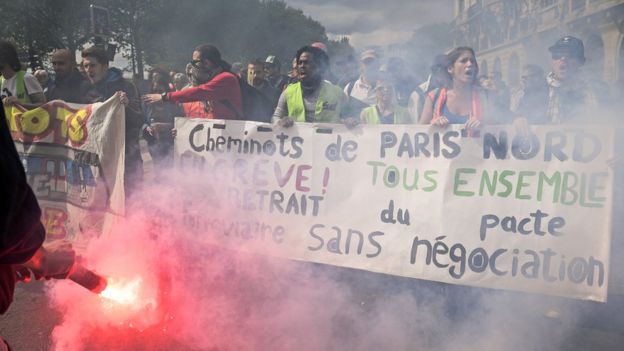 There is widespread discontent in labour unions over Mr Macron’s reforms. Rail staff have begun three months of nationwide strikes over a planned overhaul of state-run railway SNCF.

Tens of thousands of teachers, nurses and other workers joined the rail staff on strike in March. The president has said he will not back down on his agenda.

Unions said the number of peaceful protesters at the main demonstration on Tuesday was about 55,000. Police put the number lower, at about 20,000.

The protest was small compared with the 223,000 people who turned out in Paris in September to protest against the planned reforms. 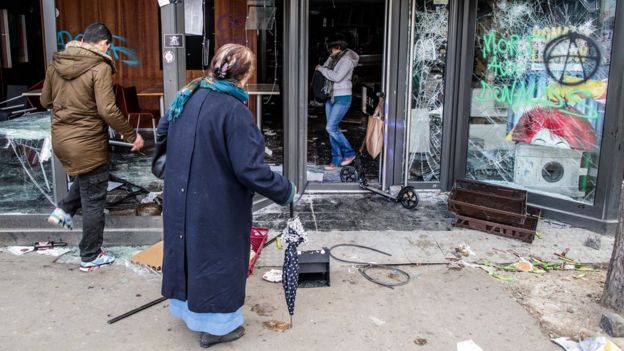 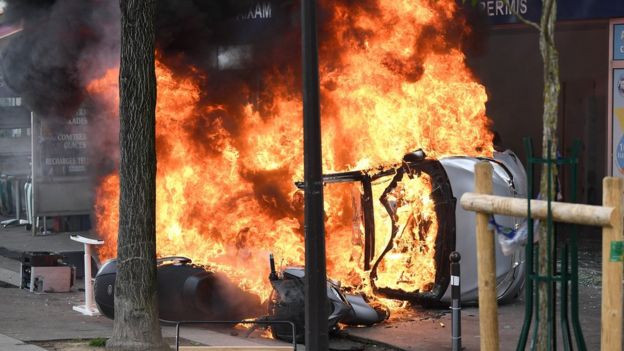 How to know the person you're dating is "a keeper"