Ghanaians most hardworking immigrants in the US – Report

by KWASI MINTAH
in General
0

0
SHARES
24
VIEWS
Share on FacebookShare on TwitterShareShare on Whatsapp

A report analysing the work and job skill among immigrant groups in the United States of America has identified Ghanaians in the US as the most hardworking people.

The report was produced by Bloomberg’s Justin Fox, a famed American financial journalist from the 2016 U.S. Census Bureau American Community Survey 2016, to counter White House Chief of Staff John Kelly’s comments that most undocumented immigrants are not easily able to assimilate into the United States, into its “modern society.”

Other subjects touched by the Justin Fox’s report was the educational level of immigrant groups, ability to speak English and hard work, which were key factors John Kelly used to highlight his point that the US could not integrate the immigrants. 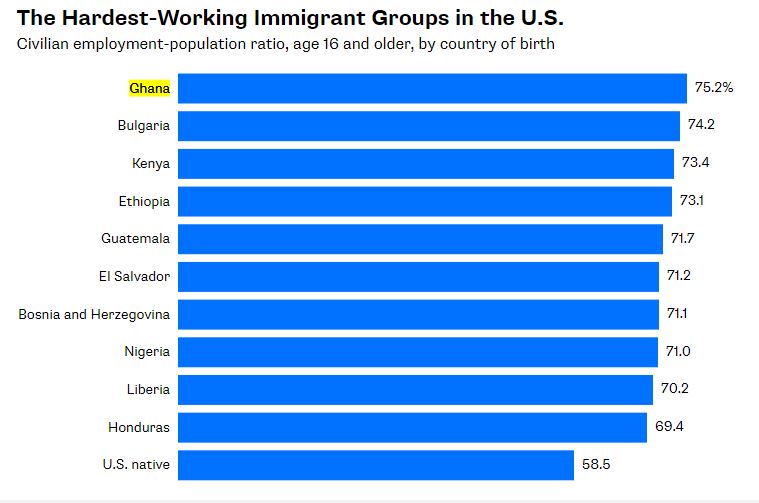 The report said, of the many immigrant groups in the US, Kenya, Ghana, Nigeria and Nepal were the countries with the most number of its immigrants enrolled in higher education in the US after Saudi Arabians.

It said the four countries also had the most number of its immigrants employed in the US.

Egypt, which 152,000 immigrants in the US placed 5th on the level of education of its national there while Nigeria, which has over 260,000 immigrants placed 8th. 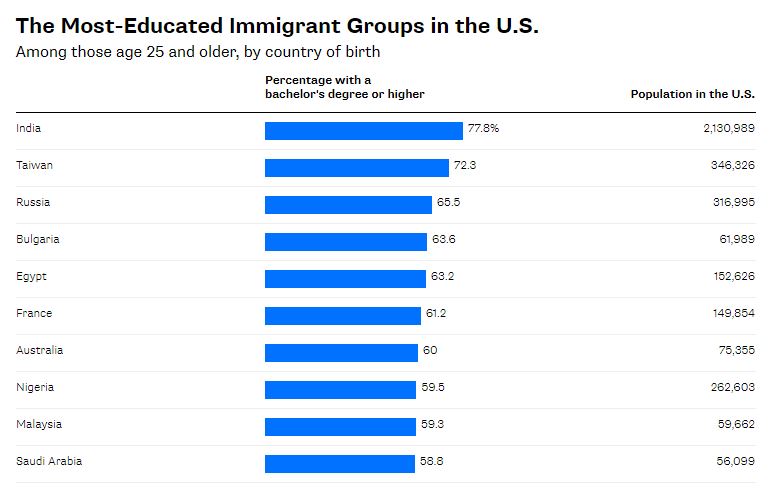 Kelly argued in a recent radio interview that most undocumented immigrants are “not people that would easily assimilate into the United States, into our modern society.” He said,

LPG retailers to strike on Monday over cylinder circulation policy

Give 20% contracts to ‘disabled’ – Cobbler appeals

LPG retailers to strike on Monday over cylinder circulation policy